All My Sons on Film

An Arrest by Ambrose Bierce 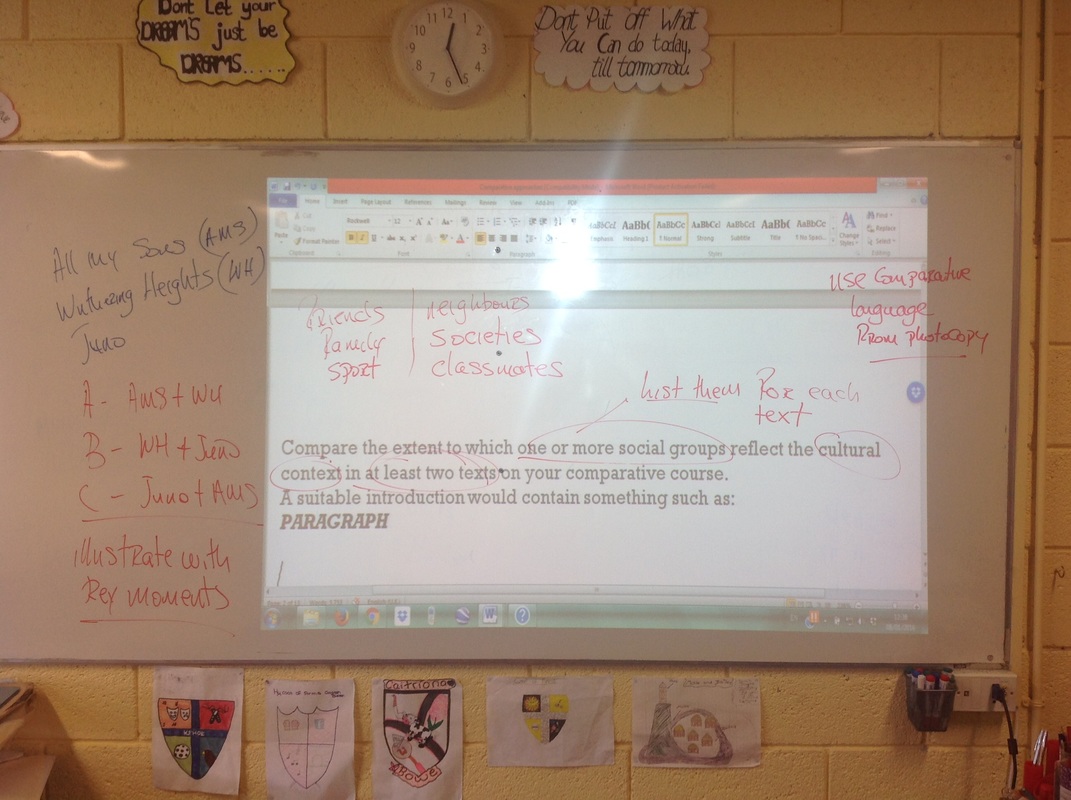 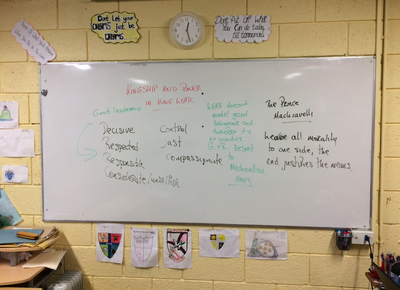 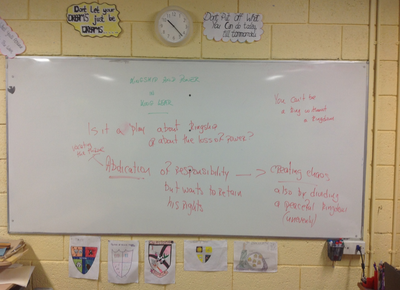 Key moments: All My Sons 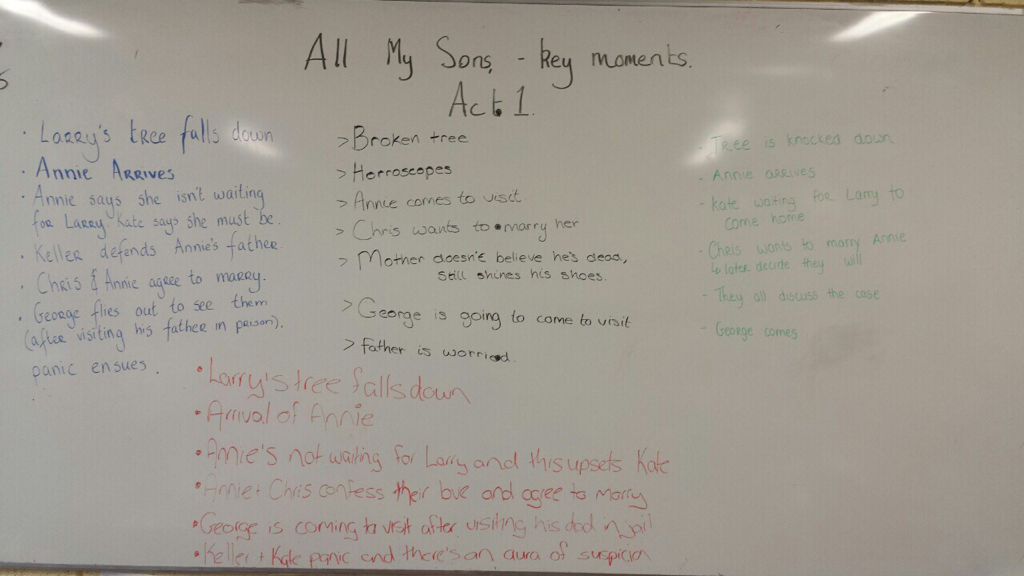 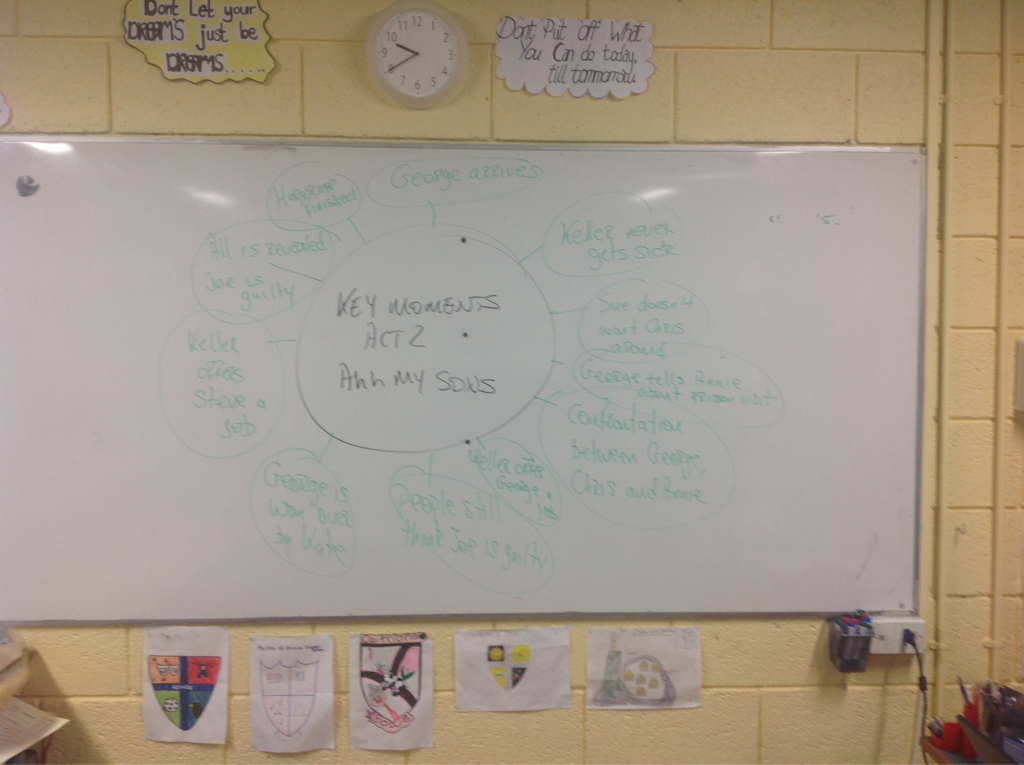 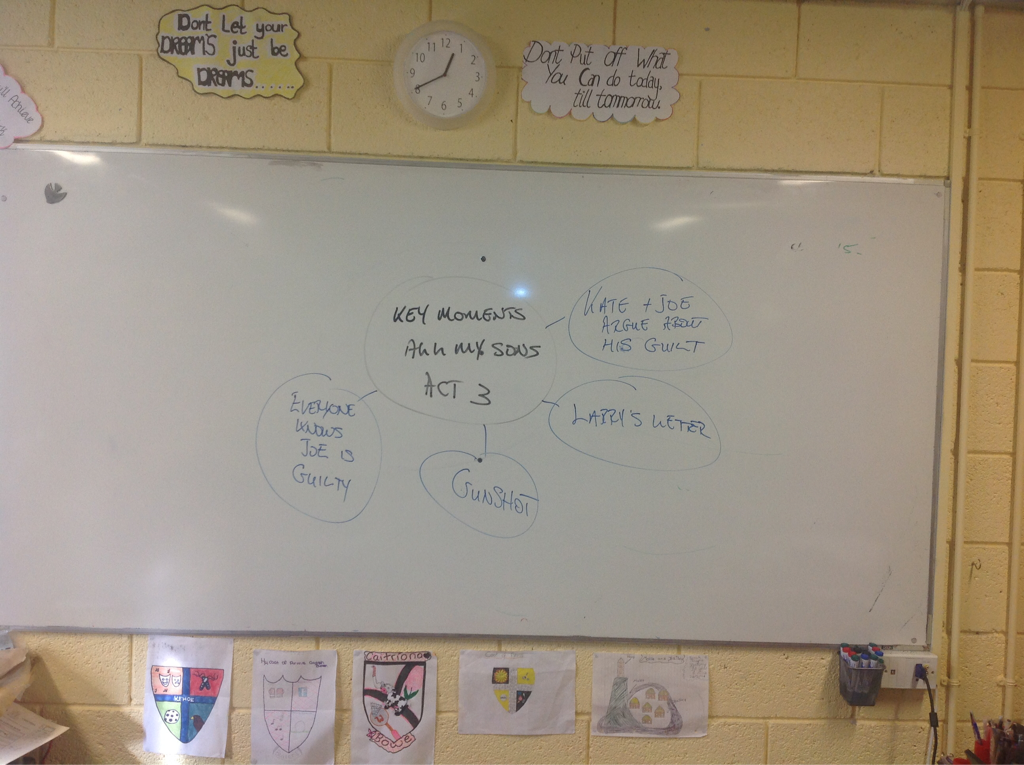 The conflict between complicated relationships and individual responsibility can lead to unexpected consequences. 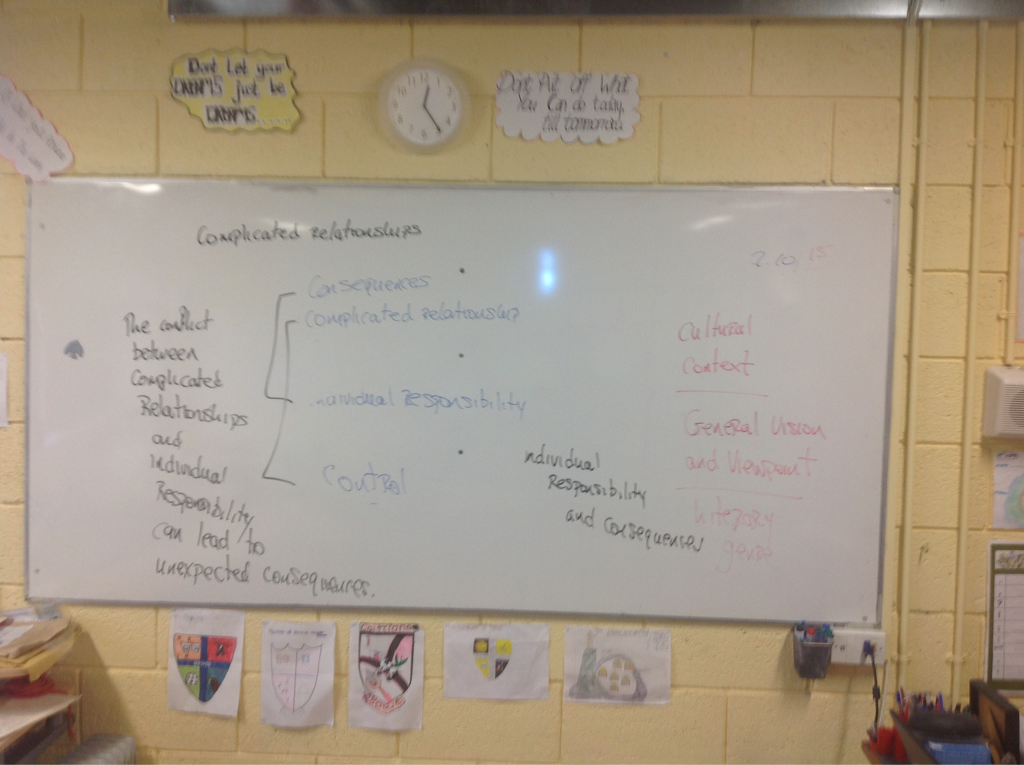 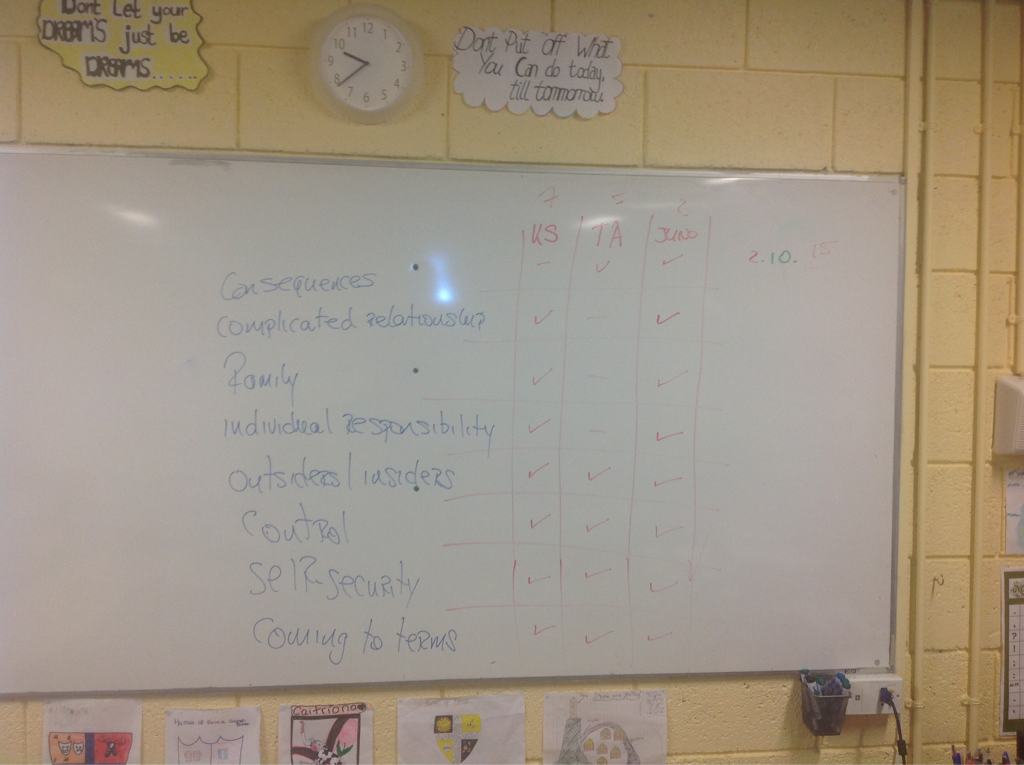 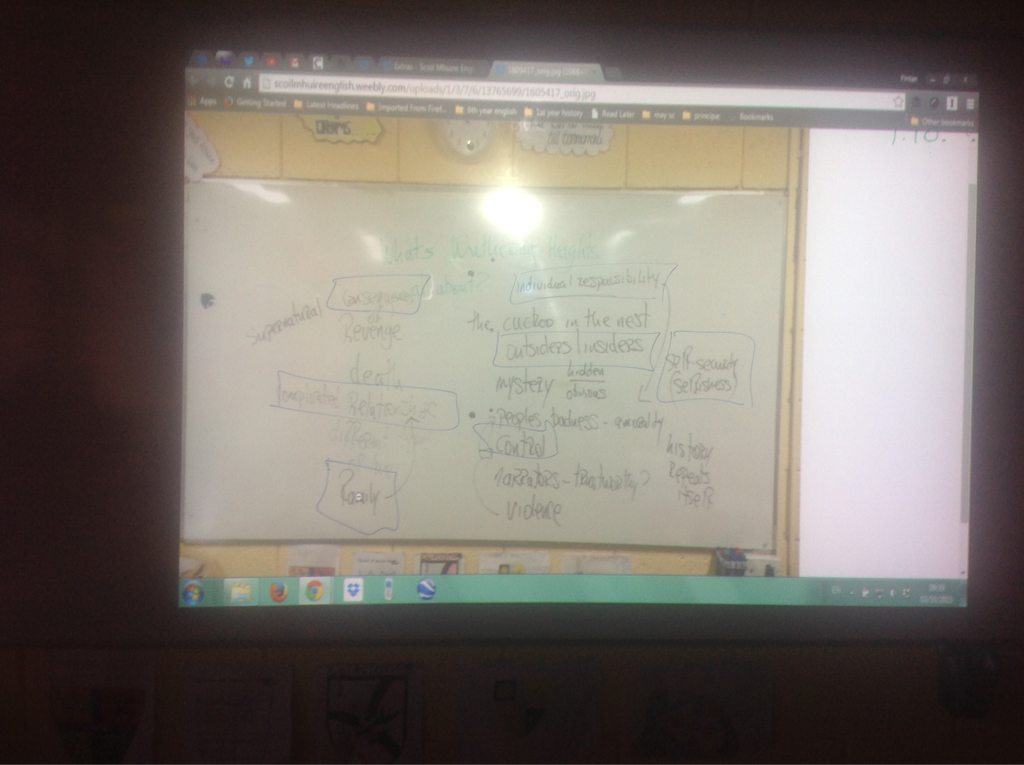 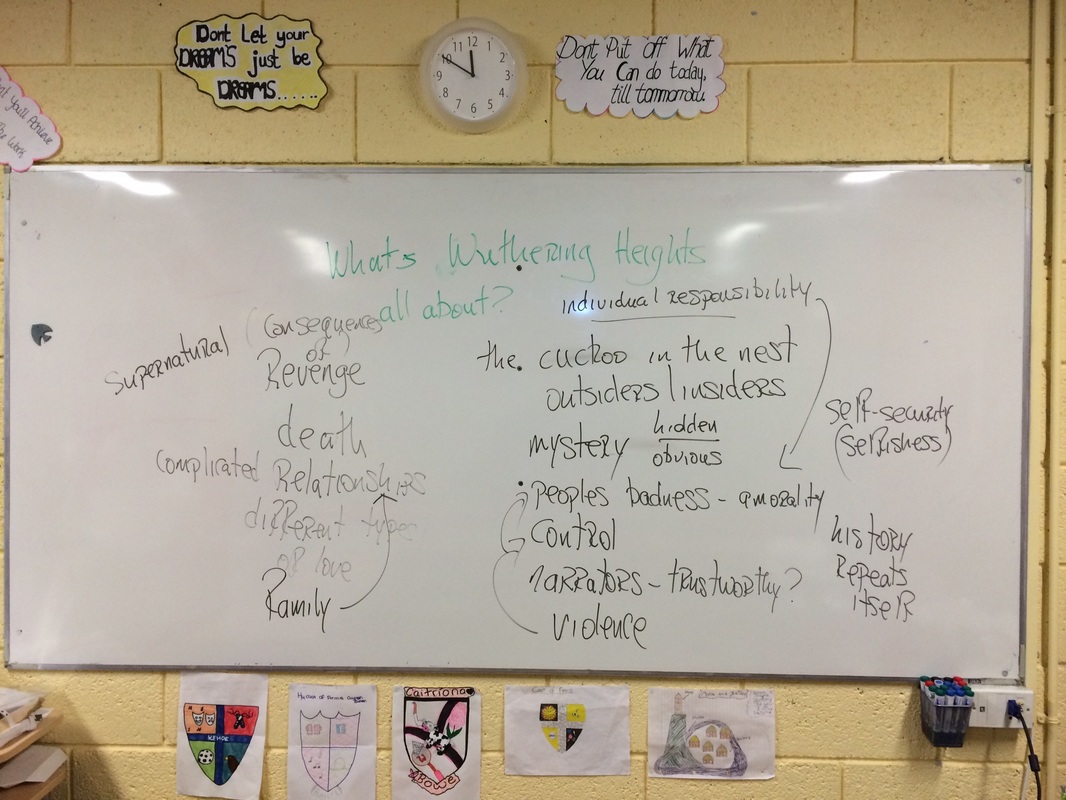 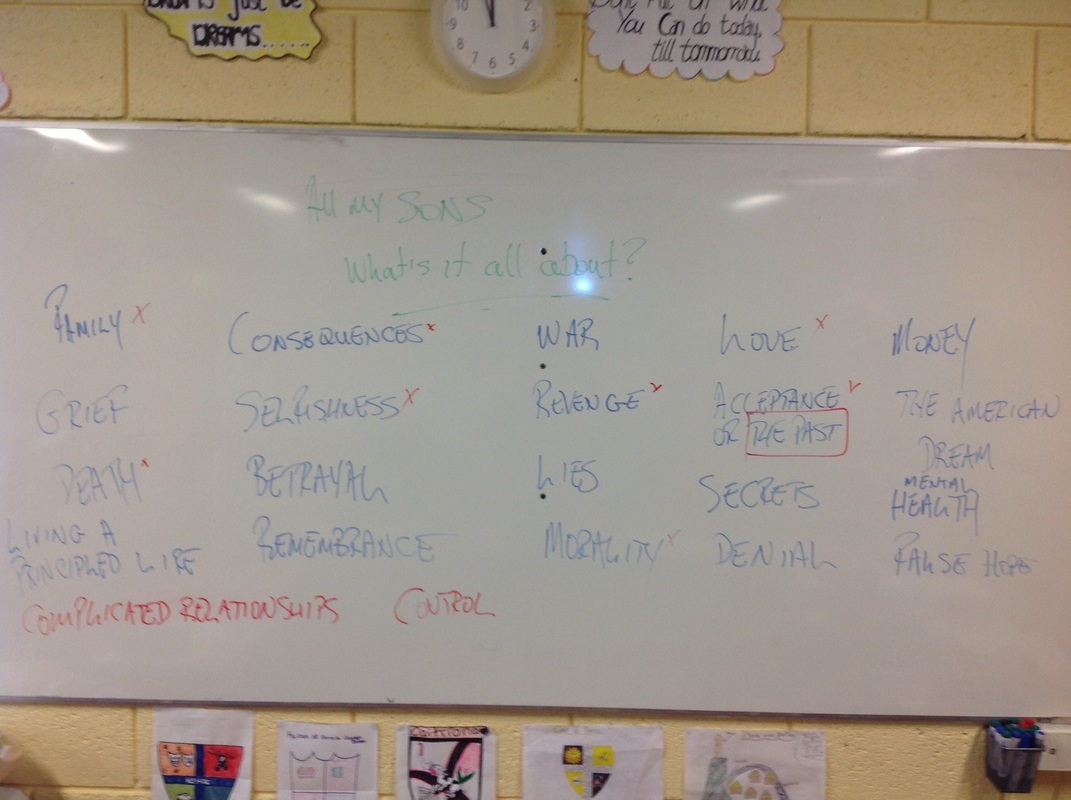 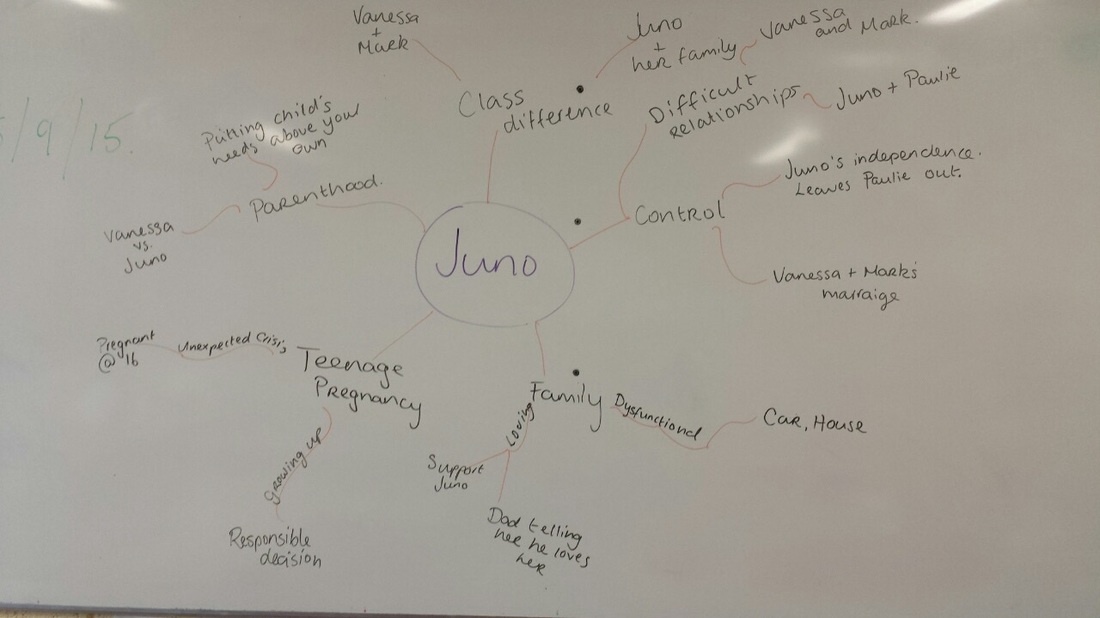 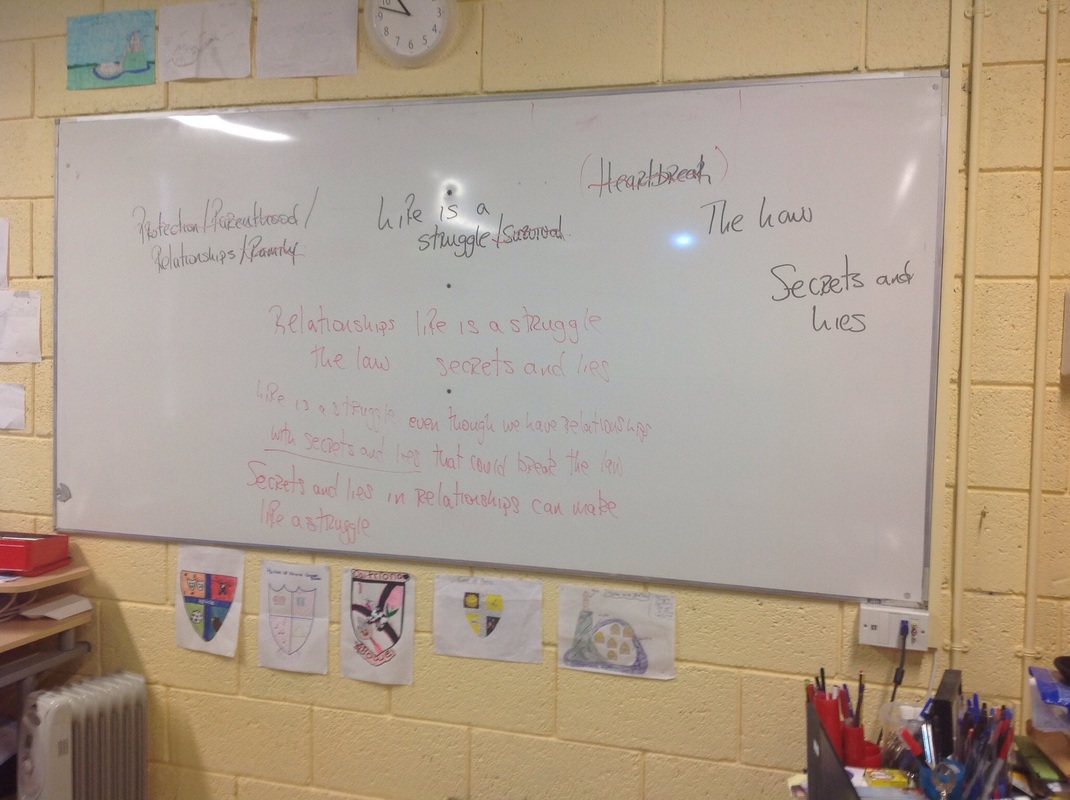 Here's the story we read as an exemplar for short story writing, read it again and be amazed!
http://www.ambrosebierce.org/arrest.htm

Comparative work on Juno and the Paycock
Oct 2 2014 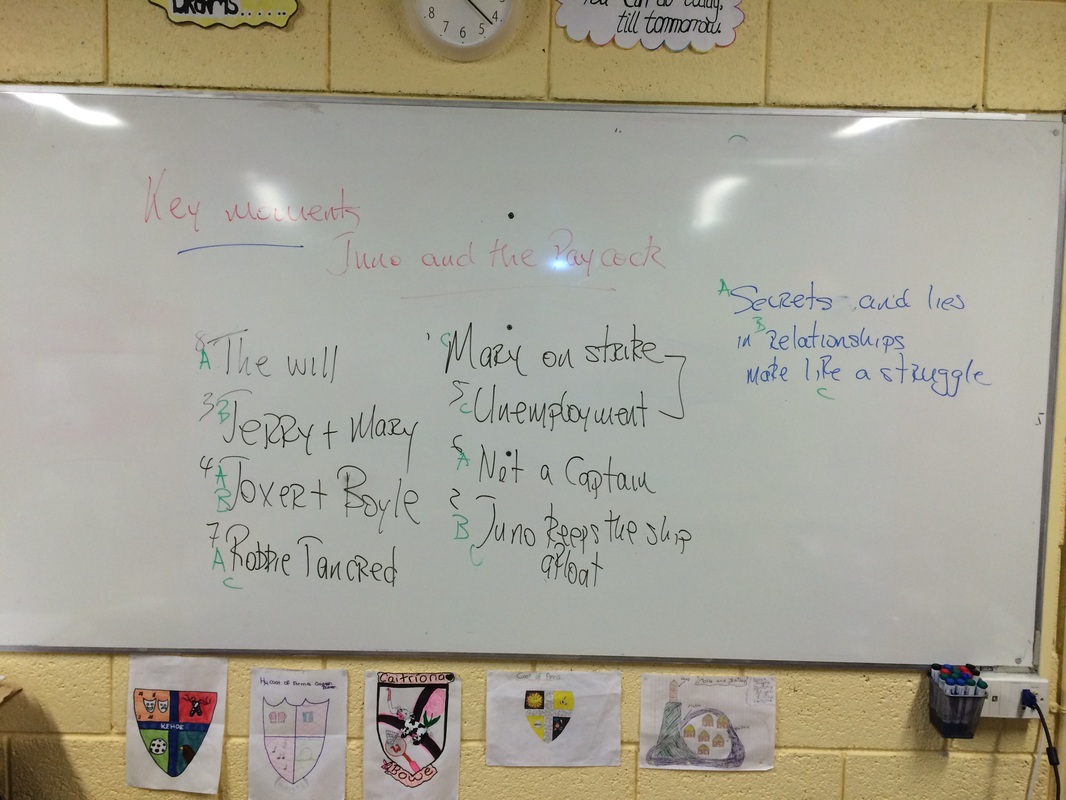 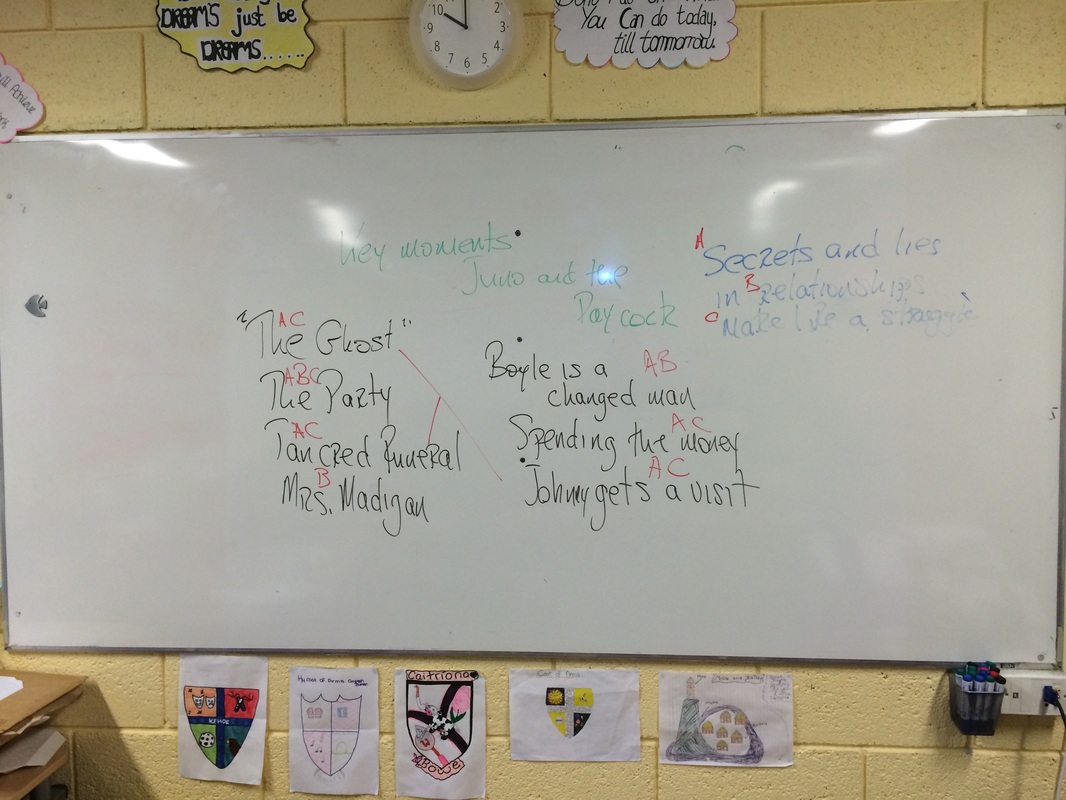 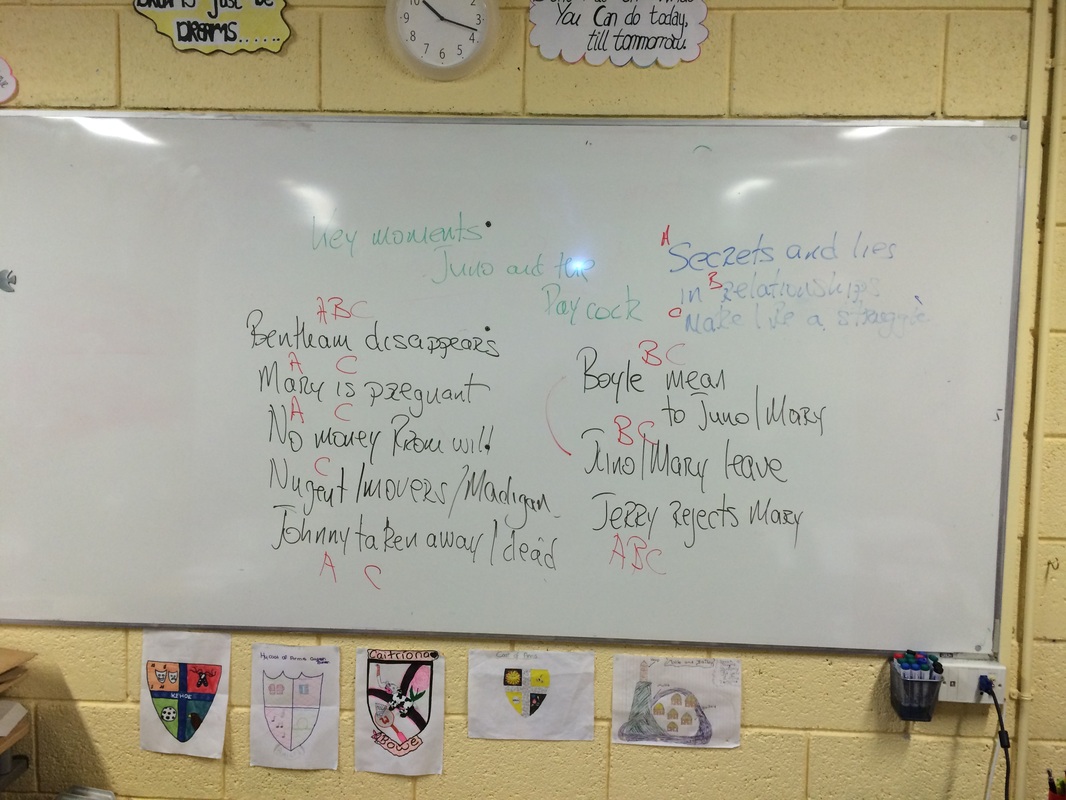 Consider the theme of kingship in Macbeth


What makes a good leader?

What attributes should a leader have?

What do you require of a leader before you would follow him?


Take notes, confer with others, discuss your view, and decide on what you want to report. 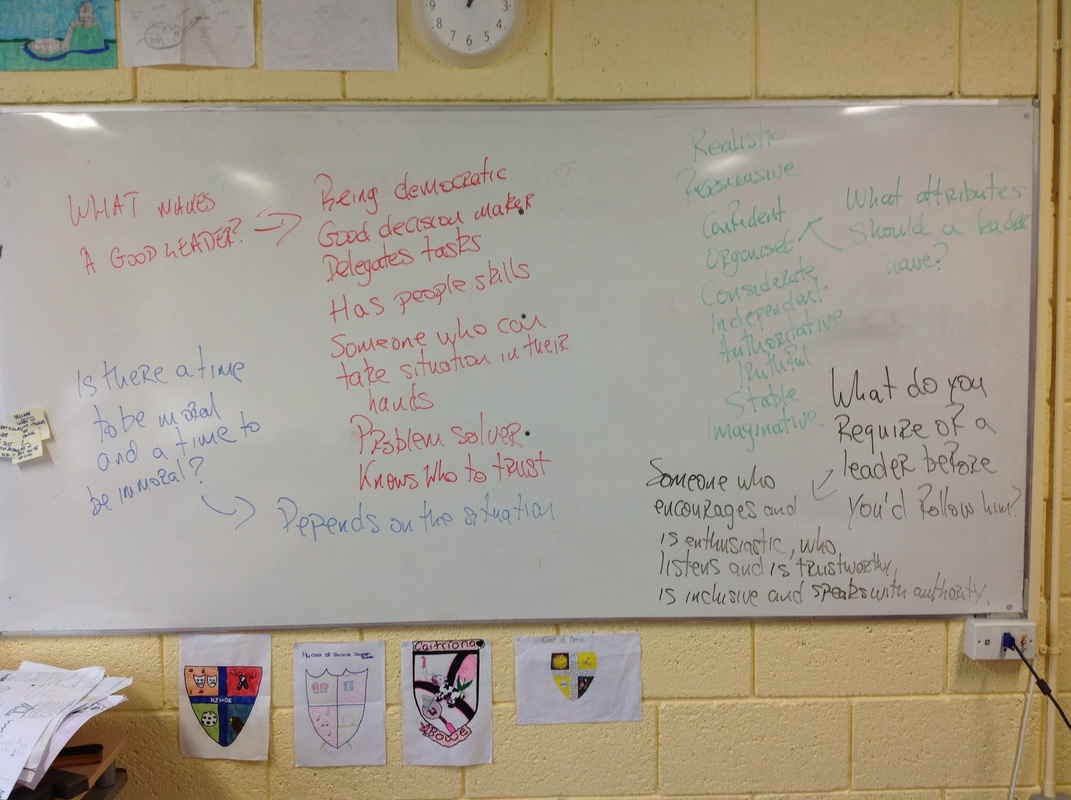 Now consider the kings in Macbeth.

Do they conform to the expectations you decided on above?

Which of these kings is the best leader?

What would you tell them to change, if you were an advisor to each?

What kind of king would Banquo have made?

What kind of king will Malcolm make?


Take notes, confer with others, discuss your view, and decide on what you want to report


Rely on the text and use a close reading to support your view.

Here are the clips we used in class (with some extras) to illustrate the cultural background of the three comparative texts
http://www.youtube.com/playlist?list=PLUMkrnKU1fahDzTkQPbFvRWDtTSIzA9o4

Experience Articles from the guardian

As we begin our revision of Plath's poetry here are some sources of further reading:
The Guardian has a whole section on Plath

Here's an article about how useful biography is in studying a poet like Plath.

How to use the internet
Google doc here
Wordle below

The Book Thief (BT) is set in Germany before and during WWII, with a divided delineated society ruled by a Nazi dictatorship; this affects the characters greatly as it results in the inequality of their place in society.

The Book Thief (BT) is set in Nazi Germany before and during WWII, shown from a child’s perspective, highlights different economic backgrounds, religious beliefs and how they are exploited to enforce the persecution of the Jews and increase the power of the Nazis.

The Constant Gardener (CG) is a contrast between the rich patriarchal western world and the poorer exploited developing world where no government is concerned with the well-being of the people; this is shown through the two main characters of bureaucratic Justin and socialist Tessa.

The Constant Gardener (CG) is set between 21st Century Kenya and London, there is a social and economic divide between the two, showing the reality of wealth in contrast with extreme poverty: wealth, social status and politics determine power in these contrasting societies.

Sive is set in 1950s Ireland in an unfair Catholic society where wealth dominates who has power; men and women have segregated roles and arranged marriage and money play an important part in the lives of the central characters.

Sive is set in 1950s Ireland: an isolated, conservative, Catholic influenced society where the wealthy have power in a male dominated world where children are powerless.